For a time, White City was home to its very own cookie factory. Some residents fondly remember being able to get free left-over cookies – what a treat!

1938. The Dad’s Cookies franchise was originally acquired locally in Regina in the 1930s and began production in 1938, with its first location on Dewdney avenue, before moving to 1242 Albert Street in Regina.

The factory closed its doors December 31, 1984 due to declining sales and a company (Associated Biscuits of Canada Ltd.) reorganization that led to production being moved to Toronto.

Today. Dumur Industries are the current occupants of the building. 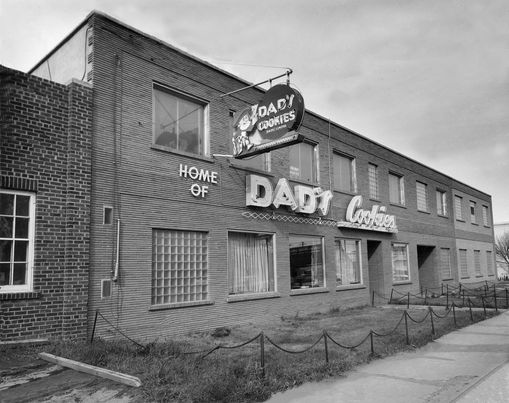 For historical photos of both the Regina and White City locations, and a how-to Dad’s Cookie recipe, watch the video from the Western Development Museum below.